Philipsburg, the capital of Dutch St. Maarten, fills a narrow stretch of land between Great Bay and the Great Salt Pond. Founded in 1763 by John Philips, a Scottish captain in the Dutch navy, it soon became a bustling center of international trade. Today it is as bustling as ever, with lively shopping streets, cafes, and hotels.

Two main roads cut across the length of Philipsburg–Front Street and, yes, Back Street. Front Street, the main thoroughfare, is lined with duty-free shops offering everything from Italian leather goods and Japanese cameras to native crafts. Narrow alleyways lead in either direction to arcades and courtyards filled with flowers. Visitors will also find examples of traditional West Indian architecture, including characteristic pastel-colored houses with second-story verandas looking out over the street.

Front Street’s most prominent landmark is the Courthouse, built in 1793. A grand white wooden structure topped with a cupola, it now serves as St. Maarten’s courthouse. Also on Front Street is the Simartin Museum, which gives visitors an excellent introduction to local history. Among the artifacts on display are pottery from the island’s original inhabitants, the Arawaks, and cargo salvaged from a British ship which sank off the coast in 1801. Two historic forts bear witness to Philipsburg’s strategic importance in St. Maarten’s history. Fort Amsterdam, built in 1631 on a peninsula between Great Bay and Little Bay, was the first Dutch military outpost in the Caribbean. Unfortunately, it was soon captured by the Spanish, who made it their most important bastion east of Puerto Rico. The Spanish abandoned the fort in 1648, and since then it has remained in Dutch hands. All military operations ceased in the 19th century, although the fort was used as a signaling and communications station into the 1950s. A few walls of the original bastion remain, and the site provides an outstanding view of modern Philipsburg. Fort Willem, easily recognizable by its television transmission tower, lies just to the west of downtown. Built in 1801 by the British, it was taken over by the Dutch in 1816. It’s an easy hike up to the fort, with a lovely panorama of Philipsburg and neighboring islands at the top.

Today, Philipsburg combines its historical legacy with 20th century excitement. Its waterfront has become a popular stop for cruise ships, and the town’s many restaurants, cafes and night clubs offer entertainment well into the night. The town offers accommodations to suit every need, from modern resorts to intimate guest houses.

OUR PARTNERS IN THIS AREA 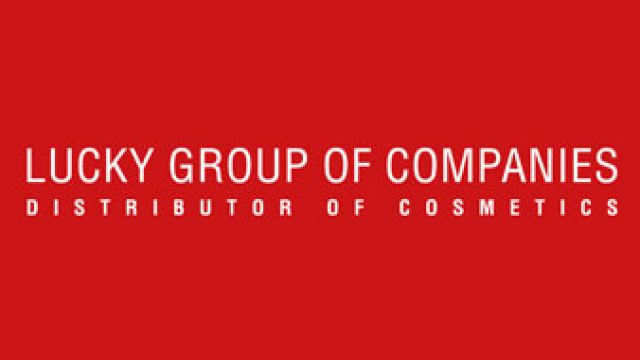 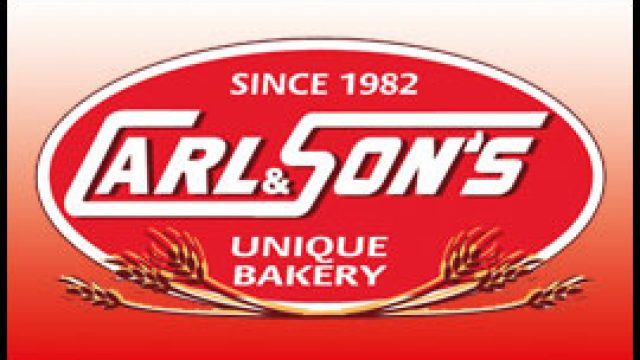 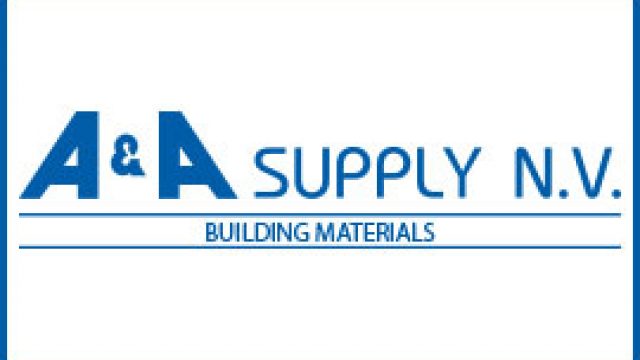 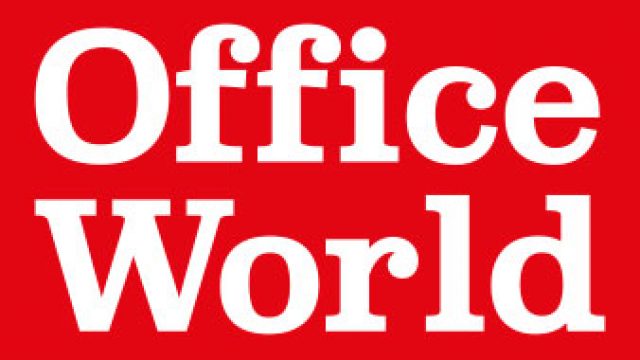 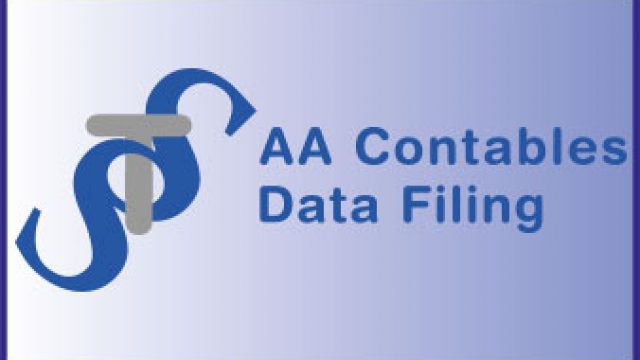 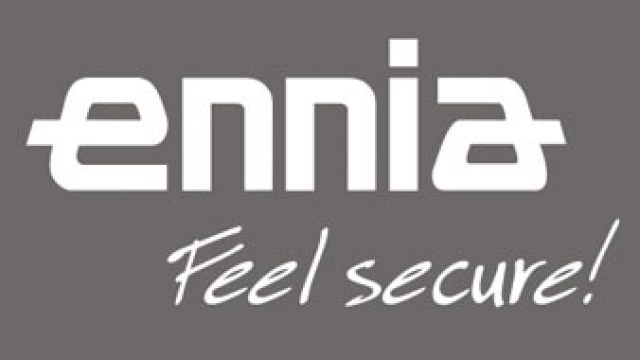 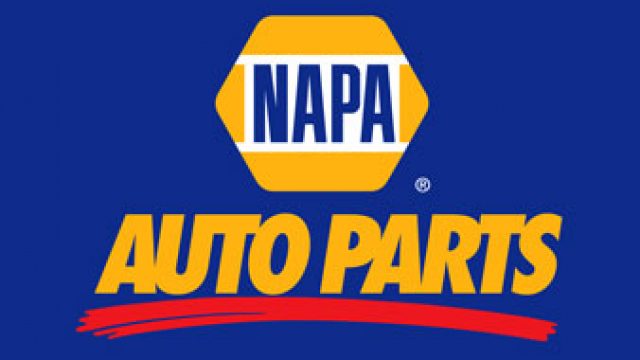 NAPA AUTO TRUCK PHILIPSBURG The Mission: “Be the Premier one stop stores for all your Automotive, Truck & Marine Parts.” NAPA quality goes a long way. In fact, NAPA AutoCare is the largest network of independent mechanics in North America. We have over 14,000 locations. So if it’s time for routine maintenance, or you’re in need of major repairs, there’s a NAPA AutoCare ASE Certified mechanic nearby. If you’re looking for a guarantee – you’ve got it. Every repair includes a free Peace of Mind Warranty that covers parts and labor for 24 months or 24,000 miles and is honored at every location nationwide. This means, no matter where you are, if you have any trouble with a covered repair we’ll take care of it at no extra charge. The next time you need service, drive in to NAPA AutoCare. We have the expertise and quality service you need to keep your ride on the road wherever you’re headed. Official NAPA Website 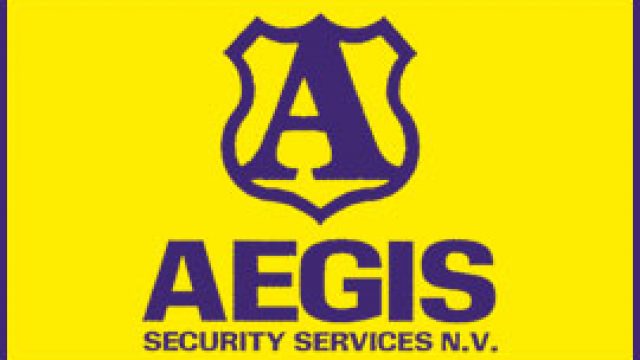 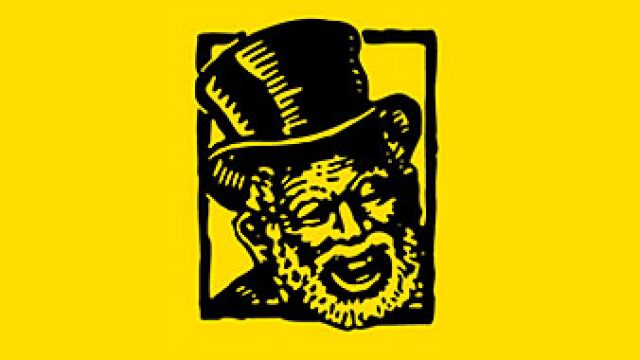 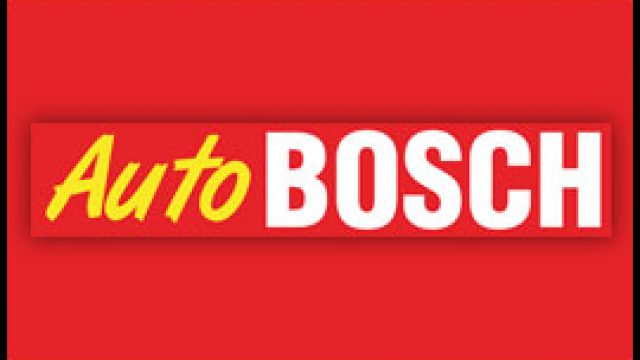 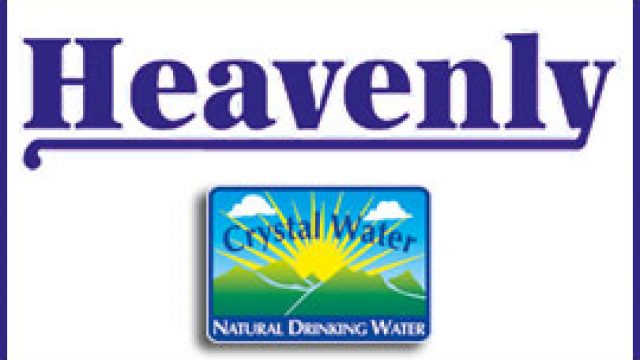 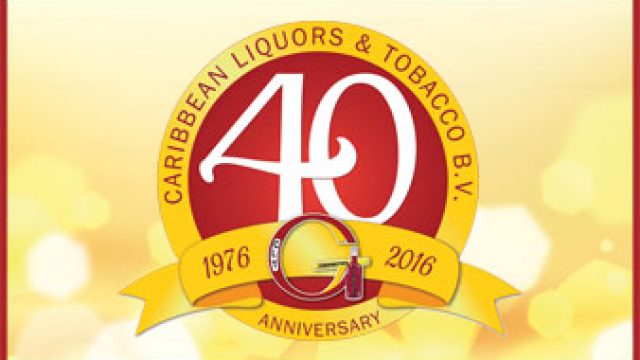 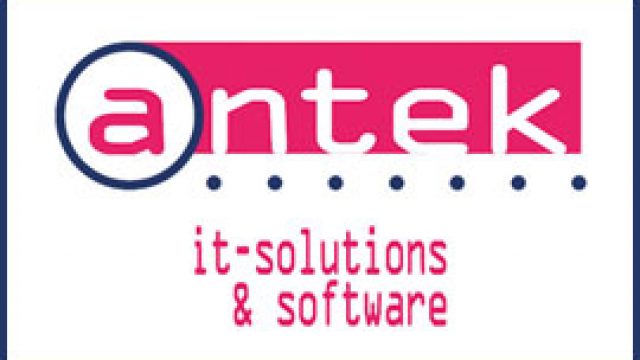 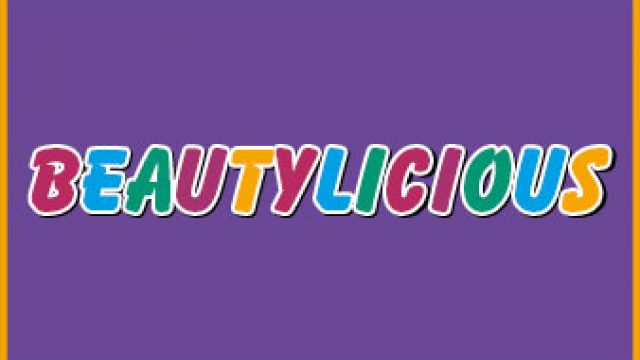 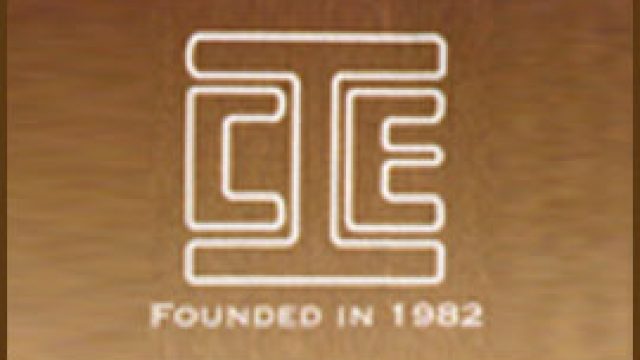 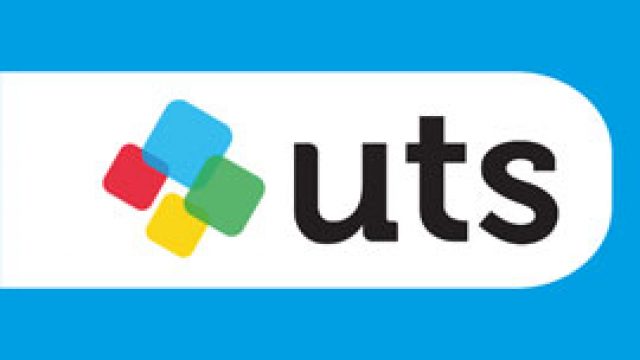 UTS-CARIBSERVE launches WiMAX 4G network Phillipsburg – CaribServe and UTS announce the launch of their new WiMAX 4G broadband network, which is the newest, fastest and most modern alternative in wireless broadband on St. Maarten. WiMAX, which stands for Worldwide Interoperability for Microwave Access, is a fourth generation (4G) wireless digital communication system that provides broadband wireless access over extended distances to fixed, portable and fully mobile access devices. The technology, which is also known as 802.16, allows for more efficient bandwidth usage, interference avoidance and enforcement of Quality of Service right down to the end-user’s service level. WiMAX can provide access up to several miles, as opposed to WiFi, which in most cases has a reach of only 100-300 feet. TELEPHONE DIRECTORY ADVERTISMENT 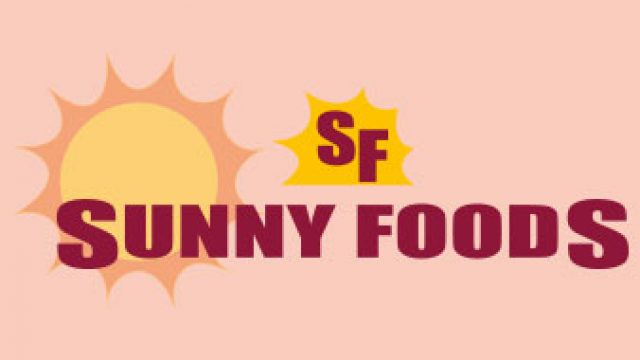 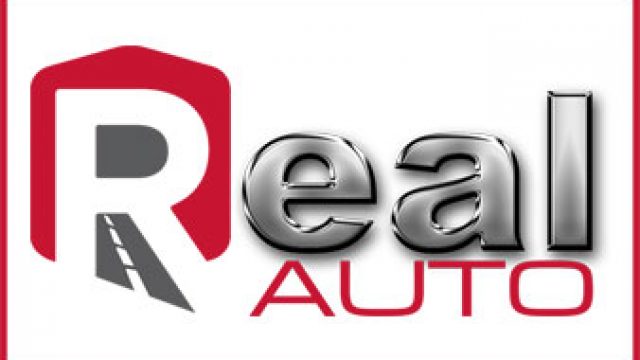 REAL AUTO – VEHICULES FIVE DISTINGUISHED BRANDS TO KEEP YOU ON THE ROAD REAL AUTO – PARTS Why would you choose anything less for your vehicle than genuine auto Parts? Exactly, you wouldn’t. And you shouldn’t. Nothing is better suited for your vehicle than Genuine Auto Parts. They’re just like the parts that your vehicle was built with and simply put, they’re the best choice when it comes to fit, performance and overall quality. Real Auto Parts Department offers genuine GM, Toyota, Suzuki, and Mitsubishi replacement parts and GM Accessories for Chevrolet cars, trucks and SUV’s. Our parts and aftermarket sales team combine for decades of sales expertise and are committed to providing the widest selection of quality parts, all at the best prices. It’s no wonder that people from all over the Eastern Caribbean make their weekend excursions to our island just to get the best deals in genuine and aftermarket parts prices. REAL AUTO – SERVICE We Know Your Vehicle Better Than Anyone As a vehicle owner, you want to keep your vehicle in the best shape to serve you for years to come. Our first-rate Service Department will help you accomplish just that. When the time comes […]

UTS-CHIPPIE – Who are they? They are a full service Telecom Provider that facilitates the connectivity between people, businesses and visitors of various islands in the Caribbean region through various forms of reliable and state-of-the-art wireless and wired infrastructures. Their main goal is to develop and offer innovative communication solutions that allow their customers to stay connected with what matters most to them. Whether it’s crucial communications for business or access to entertainment, friends and family in your free time, they make it happen! UTS-CHIPPIE – What they do? Technical, Financial and Commercial know-how at work! They’re looking for drive, enthusiasm, vision and talent. Think you’re the team-player they’re looking for? Send your application and resume to VacanciesEC@uts.sx UTS-CHIPPIE – Their Vision UTS’ belief is therefore that they should develop, build and offer the products and services that allow you to access the content, information or people that matter most to you. Whether it’s education, entertainment, security, health, finance of your social circles, they will help connect you. Their mission statement is therefore very straightforward: Connecting you to your world! The driving force behind what they do is YOU; Their customer! UTS-CHIPPIE – Their Services They employ various technologies to […] 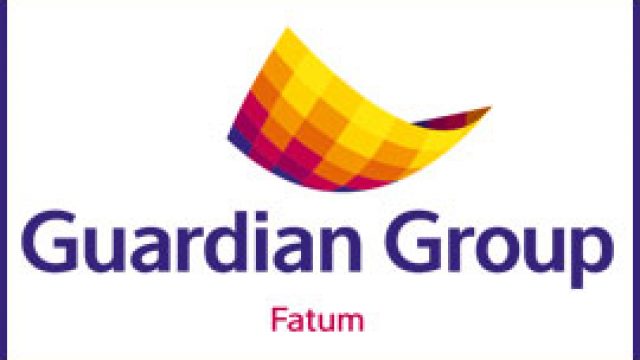 Guardian Group Fatum Services Life Insurance The life insurances provide a carefree, good life for your family, your employees and yourself at every stage in life. Health Insurance Their health insurances ensure that the highest standards of medical care are accessible to you, your family and your employees. General Insurance With the General insurances you can insure against almost any type of accident. No need to worry, Guardian Group is watching over you, your family, your possessions and your business. Mortgages The company has more than 100 years and has proven to be a solid party as part of one of the largest insurers in the Caribbean. Sint Maarten Company Website TELEPHONE DIRECTORY ADVERTISMENT