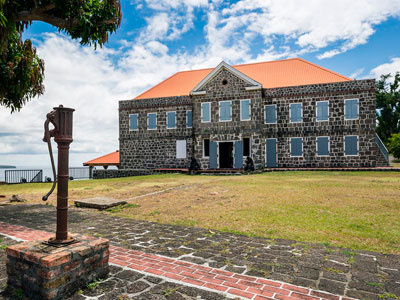 The first inhabitants of Dominica were the Arawaks, the latter were driven out by the Carib Indians during the 14th century. On November 3th 1493, Christopher Columbus, on his second trip, named Domingo Island, Dominica in French and Dominica in English.

In 1898, the island received the status of a colony of the British crown and after a transit through the Federation of British West Indies, it became a state associated with the Commonwealth. And finally, it was on November 3, 1978 that the independence of Dominica was declared. It’s today a republic within the British Commonwealth. 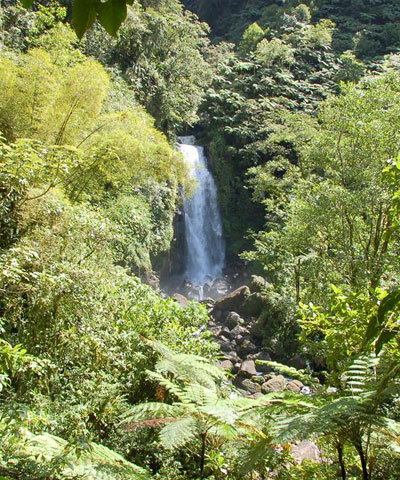 Dominica, one of the wildest and most mountainous islands in the West Indies, is located south of Les Saintes and Marie-Galante, 29 km south and north of Martinique, 41 km.

It has an area of 754 km2. The island is made up of a chain of peaks, the highest of which is Le Morne Diablotins, which rises to 1447 m. The climate is tropical with abundant rains. The island conceals a humid forest and many rivers.

There are nearly thirty waterfalls that form natural pools or hot springs. Even though Dominica is of volcanic origin, it is covered by dense tropical forest. Morne Trois Pitons National Park, 1,342 m high, is listed as a World Heritage Site by Unesco. 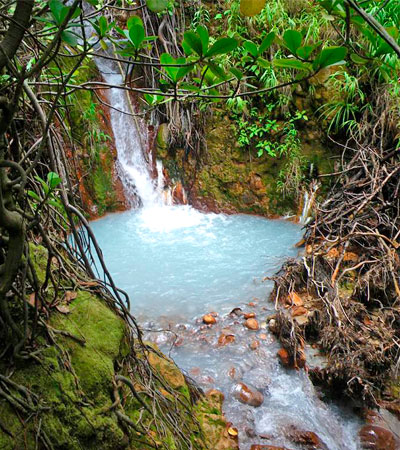 Since 2003, Dominica with the support of AFD, ADEME and BRGM, has been carrying out a project to develop the island’s geothermal resources which would be oriented towards the export of electricity by submarine cables, to Guadeloupe and Martinique.

The first phase of well drilling was carried out in 2013. Forecasts by «The Economist» show strong economic growth for the island in the years to come. 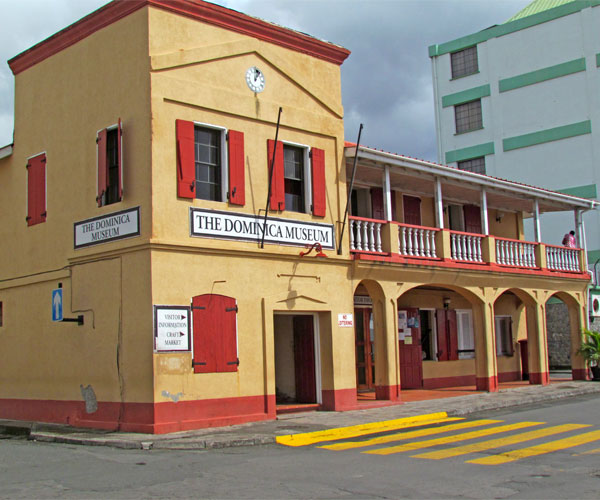