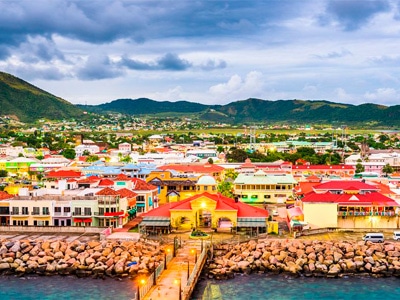 Despite the discovery of the islands by Christopher Columbus in 1493, it was the English who first settled on Saint Christophe in 1623 with the arrival of Thomas Warner. He renamed the island St Kitts.

The French disembarked two years later and shared the island with the English. It was not until 1783, with the Treaty of Paris signed by the French and the English, at Versailles, that the island became definitively under English tutelage.

For Nevis, the island was colonized by the English in 1628, and despite attacks by the French and the Spanish in the 17th and 18th centuries, it remained under English governance. In 1882, St Kitts and Nevis were united by federal law with the island of Anguilla.

This association obtained full internal autonomy vis-à-vis the United Kingdom on February 27, 1967, assuming the status of state associated with Great Britain. Five months later, Anguilla, feeling aggrieved in this grouping of states, decided on her independence.

It was not until July 1971 that Anguilla became a state under British guardianship.  In 1983, Saint Kitts and Nevis joined the Organization of Eastern Caribbean States. Then, on September 19, 1983, the two islands became independent. 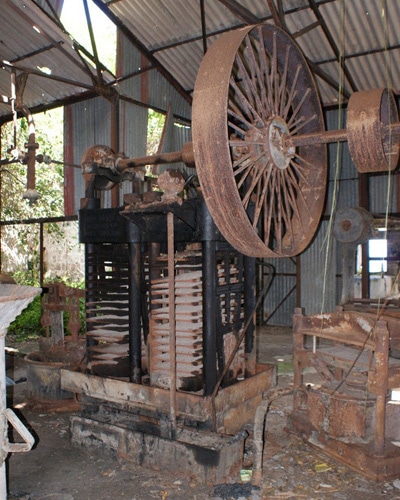 St Kitts & Nevis are two islands which form a federation located in the Lesser Antilles, in the Caribbean Sea, south-east of Saint-Martin, west of Antigua and northeast of Guadeloupe.

Covering an area of ​​170 km2 for St Kitts and 90 km2 for Nevis, the archipelago is the smallest country in North America. They are both of volcanic origin. The highest point of the island is Mount Liamuiga, an ancient volcano, 1156 m high, located on St Kitts. Liamuiga which is the old name for St Kitts which meant “Fertile land”.

For his part, Nevis was named Oualie whose translation was “The land of beautiful waters” The two islands have natural sites such as sulfur-heated water sources on Niévès or hiking trails on St Kitts, which make these islands a privileged place for lovers of ecotourism. 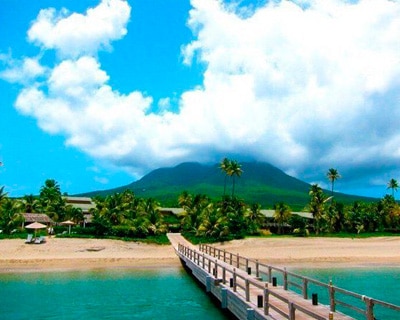 In the 17th century, the economy of the archipelago was based on the cultivation of sugar cane until 1970. Difficult sector of activity because production costs are high and international market prices are falling.

This will lead to the closure of the state-owned sugar company in 2005.  This forces St Kitts & Nevis to refocus their activities on tourism and more particularly on ecotourism, but also on those of the banking sector with offshore companies, export manufacturing, the clothing industry, and electronics. 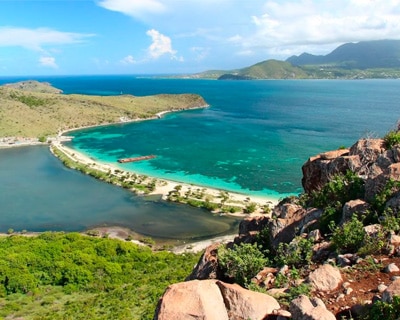 PLACES TO VISIT IN ST KITTS-NEVIS 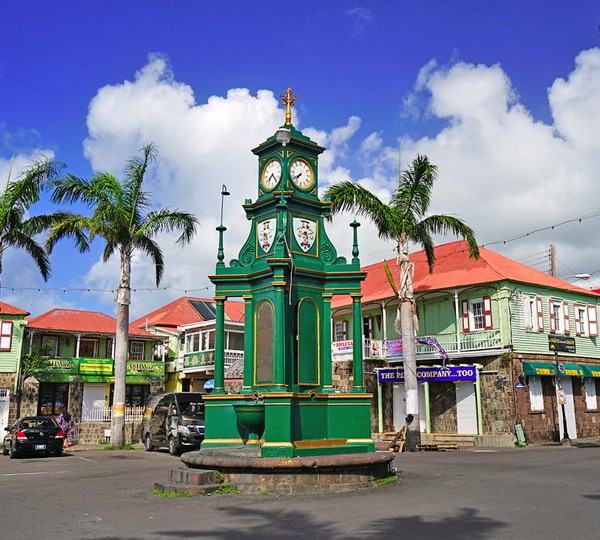