Welcome to US Virgin Islands 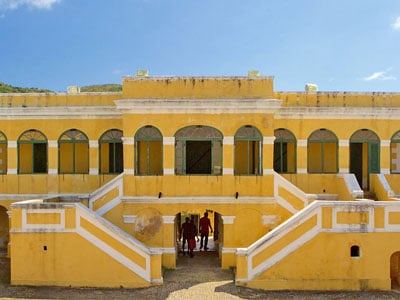 The first inhabitants of the United States Virgin Islands were the Ciboneys Amerindians around 300 years BC. They settled on the island of St. Thomas, then they were driven out by the Arawaks.

It was in the 15th century that the latter were wiped out by the Caribs. During his second trip, Christopher Columbus landed at St-Croix in 1493. The large number of islands led Christopher Columbus to name this archipelago, the Virgin Islands. And this in correlation with the mythical 11,000 virgins of Sainte Ursule.

It was the Danes in 1652 who first became interested in the Virgin Islands. Following several expeditions during which they brought back shipments of tobacco and sugar, King Frederick III installed a Danish colony on St. Thomas. The Danish company in the West Indies and Guinea, in the middle of the 18th century, for the cultivation of sugar cane brought in slaves from Africa.

Following the abolition of slavery in 1848, the economy fell and forced the Danes to leave the Virgin Islands. It was the United States in 1916 that bought the Virgin Islands to install a government there with the status of an unincorporated and organized territory. 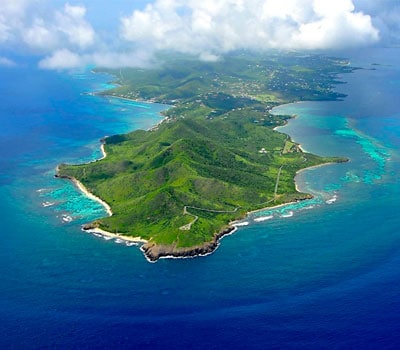 The Virgin Islands of the United States have around 50 islets, most of which are uninhabited, and are located in the Caribbean Sea and the Atlantic Ocean, east of Puerto Rico and south of the British Virgin Islands.

The hilly terrain is due to the volcanic origin of the archipelago. The highest point of Crown Mountain on St. Thomas with a height of 474 m. Capital: Charlotte-Amalie located on the island of Saint-Thomas 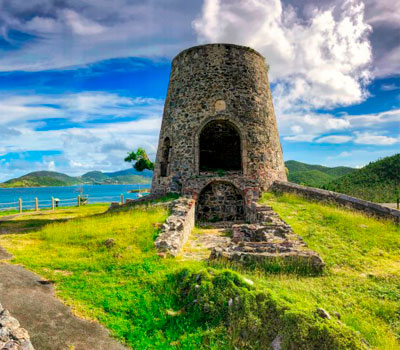 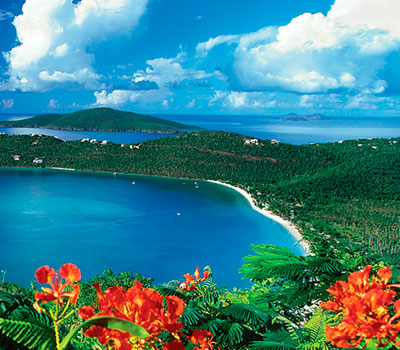 The Virgin Islands, like many other Caribbean islands, started their economy by growing sugar cane, but also tobacco, ginger and indigo.

It was after the abolition of slavery that this industry ended. At that time, in the 17th century, the archipelago of the Virgin Islands was divided into two territories. The English part, the British Virgin Islands and the Danish part.

Today, tourism generates nearly 80% of the gross domestic product of the US Virgin Islands. Other sectors are in development, such as petroleum refining, textiles, pharmaceuticals and electronics. 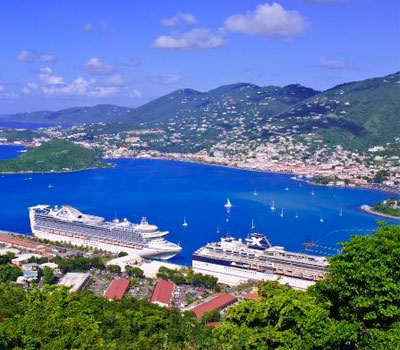 PLACES TO VISIT IN THE US VIRGIN ISLANDS 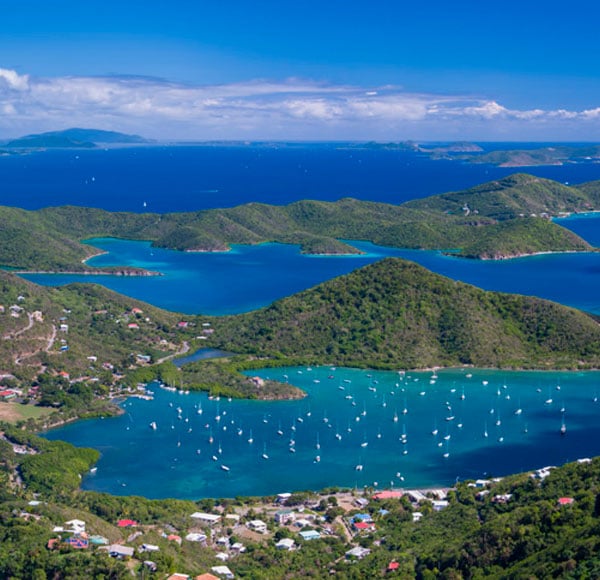